No products in the cart.

Does Ultherapy Turn Back Time? 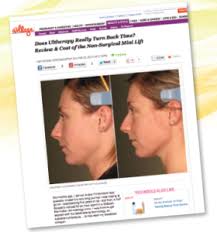 Does Ultherapy Turn Back Time?

Six months ago, I set out to see if time travel was possible. It wasn’t a very long journey I was hoping to go on—backtracking five years or so—but then, a half decade’s not bad for an hour spent in a Midtown Manhattan dermatology clinic. I was there to get zapped with the latest beauty technology, an outpatient procedure…to kick-start my skin’s deadbeat collagen.
What led me to the practice of Dr. Francesca Fusco to test out Ultherapy was pretty standard stuff. For the past decade, the skin I’d known in my twenties had been on a slow slide that left my cheekbones a little lower, my jaw line looser, and everything settled just a couple tattle-tale millimeters below where it used to be. I felt bad about it, but not that bad. It certainly wasn’t worth going under the knife for. But what if I didn’t have to go under the knife to get the effects of a face lift—or at least a subtle version of one?

A surgery-free micro lift is precisely what Ultherapy purports to offer. “This is a step in the direction of a suture less face lift,” explained Dr. Fusco. “I really believe this is the technology that’s going to evolve toward that.” Swapping the tools of more invasive methods for an ultrasound wand, the procedure harnesses heat produced by precisely targeted sonic waves to startle slacking collagen into rebuilding, which in turn tightens and lifts skin and underlying tissues.

The cutting-edge technology might be a giant leap towards making the scalpel obsolete—but that doesn’t mean a risk of pain isn’t still a very real possibility. One of the most common complaints about Ultherapy is discomfort…. The company, in fact, recently addressed these concerns by adjusting the intensity to minimize this risk. But while I’d braced myself for the worst, pain was not a part of my experience—or at least didn’t have a starring role.

Here’s what happened in the treatment room: I downed a pain killer and the Valium pill that they dole out to nervous patients, and 30 minutes later my face was being slathered with sonogram gel. For the next hour Dr. Fusco inched an Ulthera wand over my neck and jaw, cheeks and forehead, gliding, pressing firmly, and zapping with the device, millimeter by millimeter while we chatted about show dogs and fashion week.
The sensation of each of the hundreds of blasts was strange one: like that split-second before you actually register that something’s too hot. It was the build-up to pain, without the pain. A few times, she squeezed the trigger and a nerve jetted through my face, but again, it didn’t hurt, it was just startling, similar to the jerk of your leg when a doctor hits your knee with a rubber hammer. The only moments that made me push back hard into my chair were the first couple zaps over my cheeks, which sent vibrations ringing through my dental work. A wad of cotton between my cheek and teeth dampened the sensation completely.

After working her way from neck to forehead, Dr. Fusco did a second pass, repeating the whole thing over again, then handed me a mirror that reflected back…well, pretty much the same-old me. My cheeks were a little flushed and marginally tighter, but other than that, there really wasn’t an immediate difference—which was to be expected, since any razzle-dazzle happens as collagen rebuilds over the coming months. Although Ultherapy is billed as a lunchtime procedure, I decided that returning to my office in a Valium haze might earn me a reputation as a secret pill popper, so I headed home for an early weekend instead.

The next morning I woke up, looked in the bathroom mirror and began my post-treatment diary. “Jowly Freakout” headed the entry, which went on to describe the set of mumpsy cheeks that had inflated overnight. While most patients experience little to no visible swelling, I found myself among a very unlucky, very puffy minority. It wasn’t the kind of thing that I couldn’t leave the house with, but I didn’t exactly want to run into any acquaintances or exes either, so I holed up in my apartment for a Walking Dead marathon. By Monday my cheeks were a little tender to the touch, but I looked good enough to head back to work without raising eyebrows. 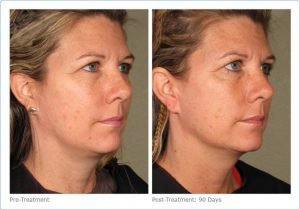 On day 13, my diary noted, “Cheeks, jaw line— magical!” And from this point on, Ultherapy’s effects did seem almost supernatural, as my resuscitated collagen began slowly knitting together the familiar pattern of a slightly younger me. Edges were softened, curves reset—both without the reality housewife- induced fear of over correction that comes with fillers and surgical lifts. Two months in and my double chin was a singleton again. The time-worn circles beneath my eyes, while still there, were diffused. By month four, my hollowing cheeks were plumped just the fraction needed to subtract a few years.
As my face shape-shifted, one very weird side effect of Ultherapy was also occurring. Although the surface of my skin had as much sensation as before the procedure, over the first three months when I scratched hard I could feel a buzzy numbness that lived just underneath. “Swelling and inflammation,” explained Dr. Fusco. “But a good swelling and inflammation.” The sonic waves had shouted at my skin to stop slacking, and it had listened—to the point of deafness. As disconcerting as this lack of feeling was, once I understood that it was temporary, I ranked it a relatively small price to pay.

The literal price of Ultherapy, however, isn’t so small. Treating a full face and neck averages from $4000 to $5500. Treating a smaller region, like the brow, will set you back $750 to $1000, depending where you live. (Topeka, I’m guessing, is going to be a much better bargain than NYC.) Practitioners recommend repeating the procedure as frequently as every year-and-a-half, or when collagen visibly starts to slow again.

Ultherapy’s results were everything I had hoped for… but less. Perhaps because I was so happy with the direction my face was heading in, the subtlety of the transformation made me want more. I looked five years younger, so why not ten? Or fifteen? Near my five-month mark I headed back to the offices of Dr. Fusco for a follow-up, and my first question to her was: If I did it again, right now, would it take another half-decade off? “There’s no formula like that—wouldn’t it be great if there was?,” she laughed. “If we were to do it a second time, would it look better? Probably. How much? Can’t say. It’s not like architecture.” But even if a handful of appointments won’t let me jump decades into the past, I know one thing: I will be booking a session every couple years to keep pushing the younger me back to the future.

Genital Herpes – CDC Fact Sheet
Next
Molluscum Contagiosum: How Can You Treat It? 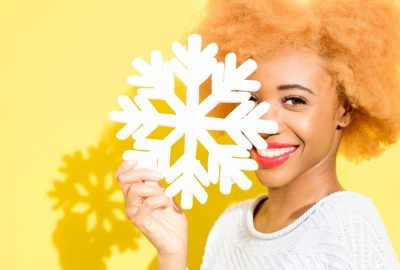 Keep Your Skin Healthy for the Holidays

was last modified: November 13th, 2020 by Miami Center for Dermatology 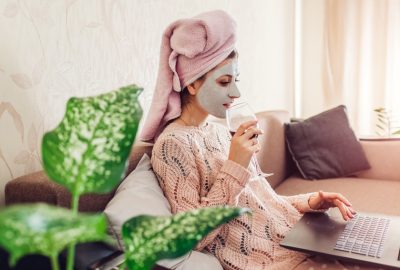 Dermatologist-Approved Ways to Spice Up Your Fall Skin Care Routine

was last modified: October 15th, 2020 by Miami Center for Dermatology 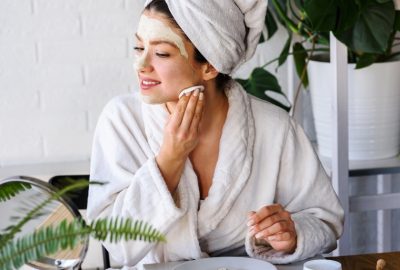 Treat Your Face to a Little Self Care

was last modified: September 17th, 2020 by Miami Center for Dermatology 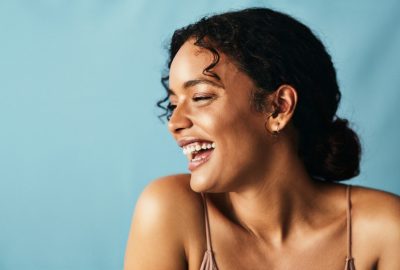 Your Skin Has Needs! Do You Know Your Skin Type?

was last modified: September 11th, 2020 by Miami Center for Dermatology 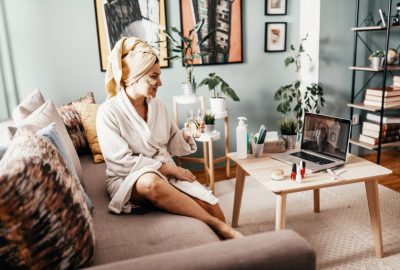 was last modified: August 12th, 2020 by Miami Center for Dermatology

Click below and see how much you can save!

To view our entire selection of products please click below.

Use this form to find things you need on this site